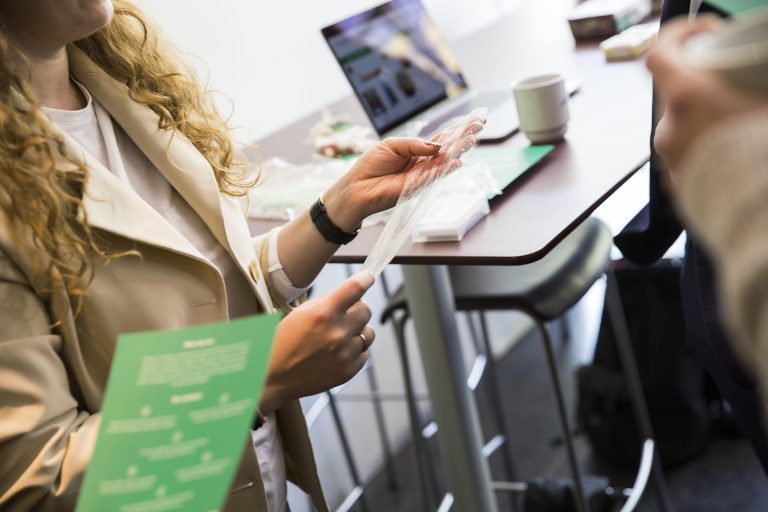 Today (June 5th) is a special day for our planet, as we celebrate UN World Environment Day, since 1974. It is also a special month for some countries when it comes to #BeatPlasticPollution. Starting on June 1st Tanzania has banned plastic bags in the country, which includes production, sale, importation, and use of all single-use plastic bags. On the same day this month, ‘Play It Out’, a festival against plastic pollution was taken place in the government of Antigua and Barbuda. This festival was an initiative of the President of the General Assembly UN, sponsored by the government of Norway, and supported by UN Environment, UNOPS, the Krimm Group (TKG), Lonely Whale, and National Geographic.

Even though this year’s theme for UN World Environment Day is ‘Air Pollution’, try to think this way: When plastic waste is being disposed and burned, it also leads to air pollution, wouldn’t it? Every production and waste are interconnected to the whole ecosystem. Besides, it is worth to take a look at what our earth has accomplished since last year’s World Environment Day, which the theme was ‘Beat Plastic Pollution’, with New Delhi, India as host. Which countries have gone the extra mile and can become our inspiration in taking action in our communities? These countries below and what they have done are quite cool, we would say. Let’s have a look and learn from the earlier examples.

Last year, India reinforced the commitment to #BeatPlasticPollution with an announcement to eliminate all single-use plastic in the country by 2022. The announcement was a powerful closure after weeks of events. The war can't be won alone  – policymakers, celebrities, business gurus and entrepreneurs, innovators, environmentalist, and activists – should be together to collectively make efforts on plastic pollution. India’s commitment did set the bar for governments, public and private sector, and individuals around the world to step up.

As mentioned above, per June 1st, 2019, Tanzania has banned plastic bags in the country. What are the consequences? Manufacturing plastic bags can lead to a two-year prison sentence or a fine of up to $400,000 (€357,000). Anyone found carrying a plastic bag can be subject to an on-the-spot penalty of $13. Tanzania followed similar steps by others in the region, including Kenya and Rwanda, to phase out non-biodegradable plastics. It is still a new and fresh implementation, so we are looking forward to seeing how it goes.

Rwanda has implemented the ban on non-biodegradable plastic bags since 2008. Despite being a post-genocide nation with a developing economy, the country’s positive initiative for the environment deserves a special acknowledgment. Rwanda has prohibited the manufacture, use, importation, and sale of the bags. Owners of businesses that violate the ban face up to a year in prison. In Rwanda, the authorities' main concern about plastic was how plastic bags were being disposed of. Most were being burned, which created air pollution, or left to clog drainage systems. The government realized that the nation lacked the basic facilities to manage plastic waste sustainably, so what they did was turning it into a smart strategy to plot the ban regulation into a boost to its economy. The authorities encouraged companies, which manufactured plastic bags to start recycling them instead by providing tax incentives. This policy also created a market for environmentally-friendly bags, which did not exist in the country before the ban.

Cellugy has already taken considerable steps to approach the issues of plastic pollution, by developing ecoFLEXY, our flexible packaging material that breaks down into fertile compost when reaching the soil. Nowadays, the majority of food packaging solutions are made from fossil-based plastics, which are produced and consumed in an unsustainable manner: (1) They emit greenhouse gases during production and degradation. (2) They are intended for single-use, while it takes hundreds of years for the material to degrade. (3) A large amount of the waste ends up as litter, resulting in high waste management costs and the pollution of our ecosystem. Cellugy is answering to the international call for sustainable solutions by developing a 100% bio-based and biodegradable polymer that protects both the food and the environment. After all, it is made of fruit waste, and we have plenty of that ready to be utilized.

Join us in advancing the #BeatPlasticPollution movement!

Hopefully, we can make Aarhus, Denmark the next host for the UN World Environment Day, as the city supporting bio-degradable solutions that can make a change in the packaging market landscape!

My forests are green.

My oceans are blue.

Keep it that way.

And I thank you.